PIONEERTOWN – A fire which broke out at 2:55 a.m. Friday completely destroyed the famous Red Dog Saloon in Pioneertown.

It was the second fire in four days to plague this Hi-Desert community.

The long bar was used as an interior shot in countless western movies, filmed here in years gone by. The back portion of this bar, an authentic antique, was reported to have come from France via sailing ship to New Orleans in the post-Civil War period. From there it was dismantled, crated and shipped by wagon train to California. It, too, was destroyed.

Damages to the cafe owned by Mrs. Claudine A. Wilson are tentatively estimated to be in excess of $35,000. Cause of the fire is still under investigation.

California forestry units from Yucca Valley, Lucerne Valley and Yucaipa and an assistant ranger from Hesperia responded to the fire call. Also two units from the Yucca Valley Fire Department and one from Morongo Valley joined the firefighters.

A trailer house next to the Red Dog was scorched. Last Monday, the historic Red Barn, a Pioneertown landmark, was also scorched but saved in a fire caused by faulty wiring. 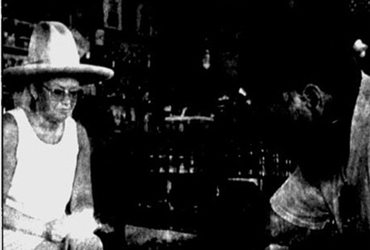 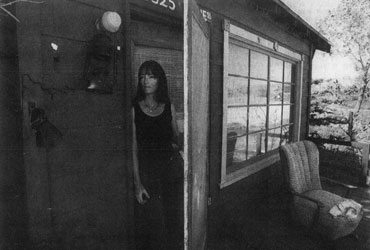