SAN BERNARDINO – Attempting to ensure a supply for the proposed Pioneertown community water system, county supervisors have awarded a $43,805 contract to Howard Pump, Inc., of Barstow for drilling and test pumping of a well.

Assuming an adequate supply can be developed, the county board plans to proceed with the design of distribution lines that initially serve about 100 homes and businesses and replace an old undersized system that has some 40 connections.

The well drilling is being financed by $100 fees the board levied this year on property owners in the desert community north of Yucca Valley. To pay costs of constructing the system, an assessment program would be implemented to retire bonds or a long-term, low-interest loan from the state or federal government.

In other actions Monday, the supervisors: 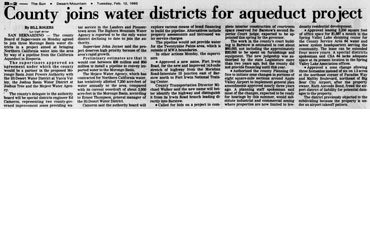 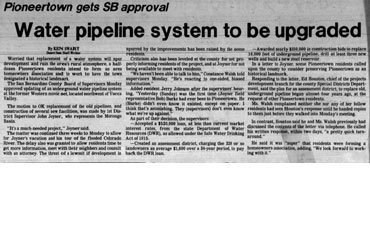 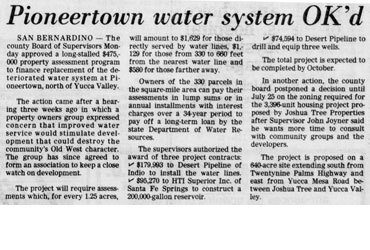