TOWN’S DEVELOPMENT PLANS TOLD BY BOARD

Plans for new development, and a new board of directors of the in Pioneertown Corp., was announced yesterday by John Martel, new board secretary and counsel for Pioneertown Corp. The announcement followed the resignation from the board of Bill Murphy, Fletcher Jones and Charles L. Nichols, former officers in the corporation.

“Of primary importance is the reorganization and improvement of the water system at Pioneertown and Rimrock,” stated Martel. “We plan to sell some of the Pioneertown Corp. lands in order to finance the water development,” he said. 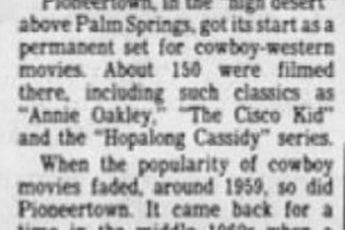 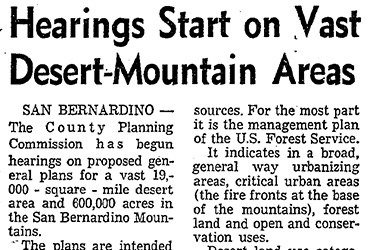 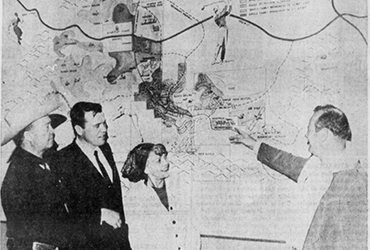 May 18, 1966
« Previous post
Earl Wilson
Next post »
It Is Hard To Tell What Is Real And What Is Make-Believe in Pioneertown